Created by Noxcrew; the MC Championship includes all your favorite creators going head-to-head in the biggest Minecraft tournament. We've broken down the parkour practice map which was recreated by Hybrid Posts!

Created by Noxcrew; the MC Championship includes all your favorite creators going head-t0-head in the biggest Minecraft tournament. We've broken down the parkour practice map which was recreated by Hybrid Posts! 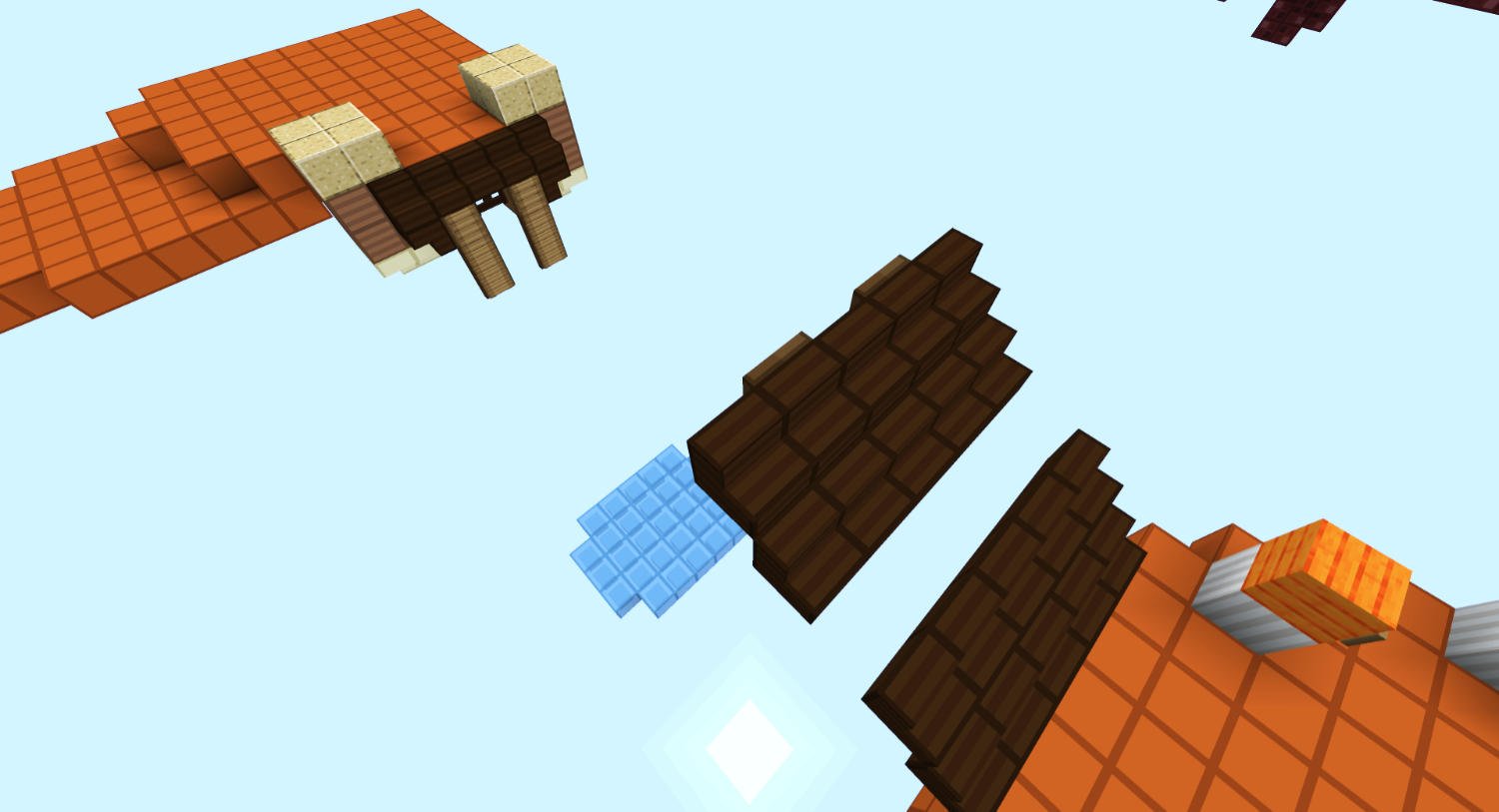 The map starts out with a staircase leading into a huge drop... falling onto a slime block surface. Bounce back to leap onto the ladders head. Don't crouch when landing on slime blocks as it will break your fall and stop you from making the leap!

Players should be careful not to hit the ceiling of the loops. You can use the crouch button to avoid overjumping as you work your way through the hanging loops. The dividers in the loops can be used to break your jump.

Cha-cha! It wouldn't be a parkour servers map without traditional jumps. These are a series of jumps which are placed from left-to-right. Players should try to stay as center as possible by tilting between the blocks to go as fast possible! 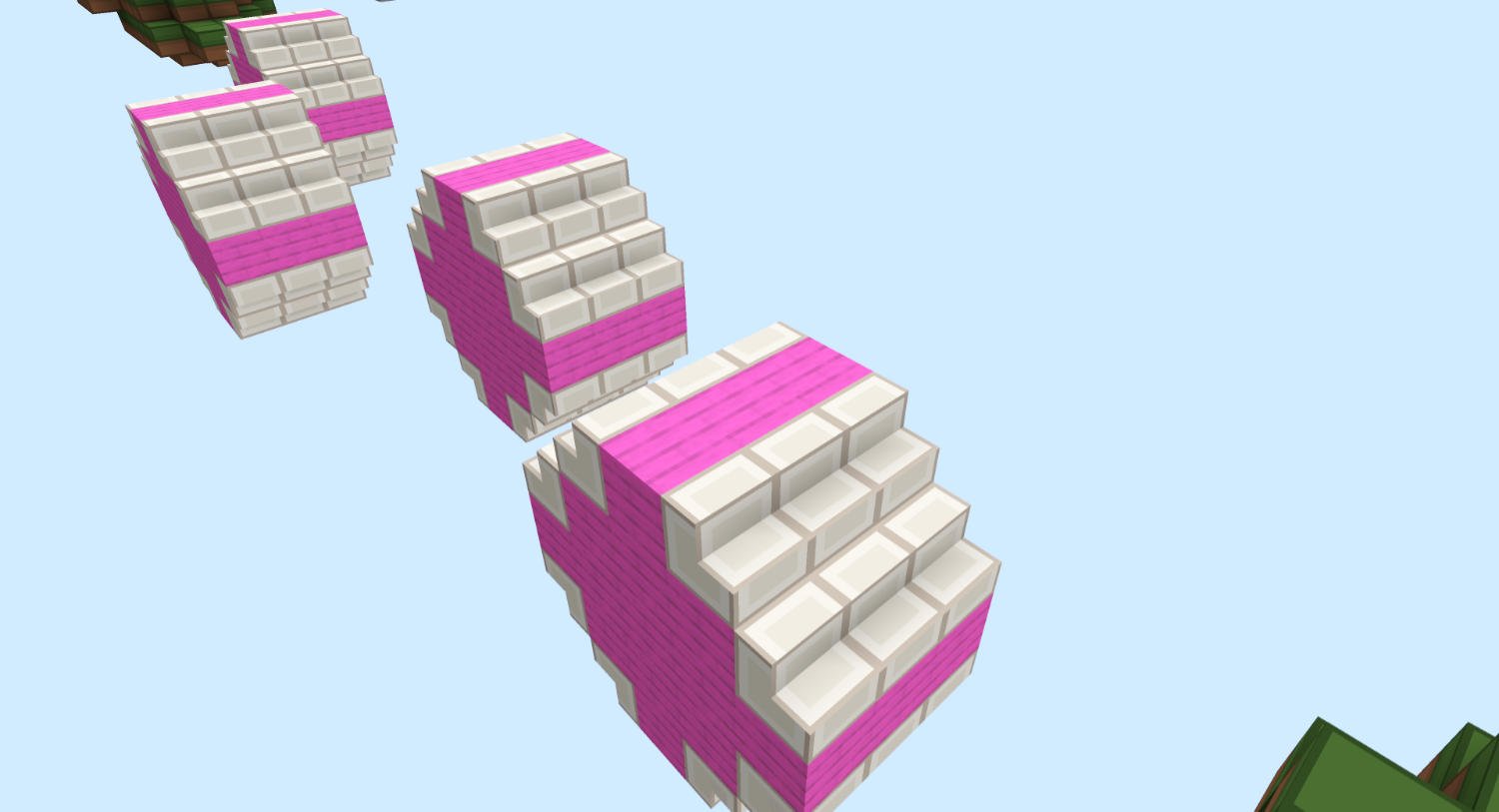 Hanging over the void; stay close to the wall to avoid falling. Players need to jump around the corners whilst crouching to avoid falling. It then involves sprinting along the long parts and making small jumps to the next ledge.

Another part of the map which looks daunting; the switchback is simple once you get your head around it. Players can sprint this part of the course whilst timing jumps to go from block to block as late as possible. This helps to build up momentum and gain a good rhythm.

One of the most challenging parts of the championship course; the double weaver includes dropping onto a slime platform and weaving through two barricades; whilst trying to land on ladders at the end. Player must line up their jump with the first barrier and aim to make it through the gap of the second; the ladders will be just ahead! 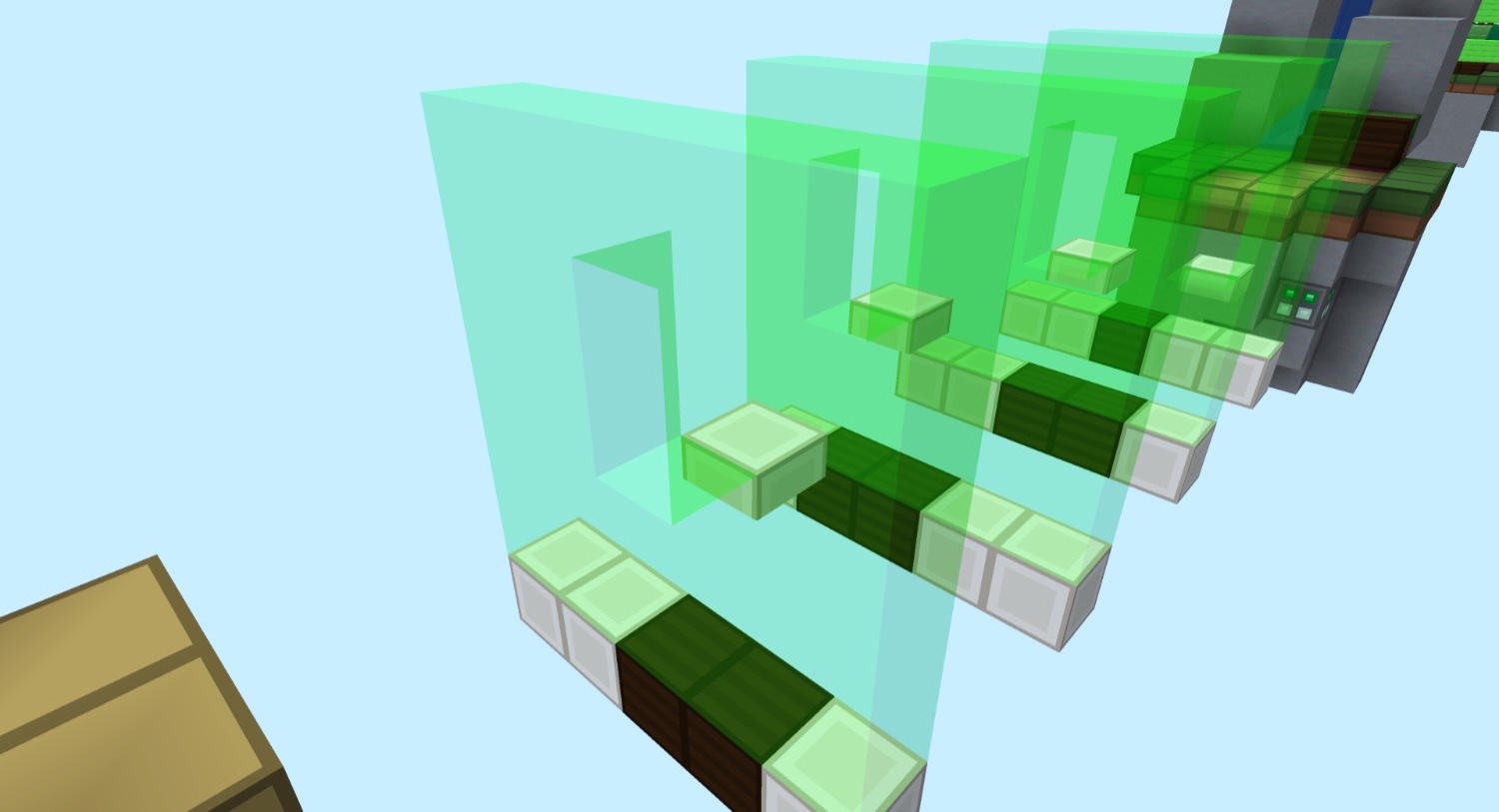 Make it through the holes in the wall to make it to the next platform. When playing this part of the course; players should crouch in between the walls to avoid overjumping and falling into the void. Jump as late as possible from each part of the wall to get the best jump!

The wide loops are a downward slanting part of the course, which involves jumping across platforms whilst avoiding the bars and falling from the glass panes.

Ladders are usually one of the most challenging parts of Minecraft servers with parkour; and this part of the map is no exception. Players should jump from the platform and crouch as you reach the ladders. Climb up and do your best to jump as late as possible; repeating the process throughout the ladder jumps.

A fun break from the ladder loops; jump between the platforms using the slime blocks and crouch as you fly into the ladders

While it may look daunting at first; the ladder climb is simple once you get the hang of it! Jump onto the ladders and use crouch to control your speed. Move between the ladders and make the final jump count!

Mind your head! The dolphin shaped platforms can be tricky to navigate; so players should avoid the eyes of the dolphins. They can then make their way through this part of the course by keeping to the middle as much as possible.

As players jump from anchor to anchor; the heads make the jump platform lower than a usual block. This is something to be careful of when making the final jump; as you're at a disadvantage!

Straight out of your favourite wipeout TV show; the wall involves an array of parallel walls with ladders on. Players should jump at the last minute possible and crouch to avoid falling. 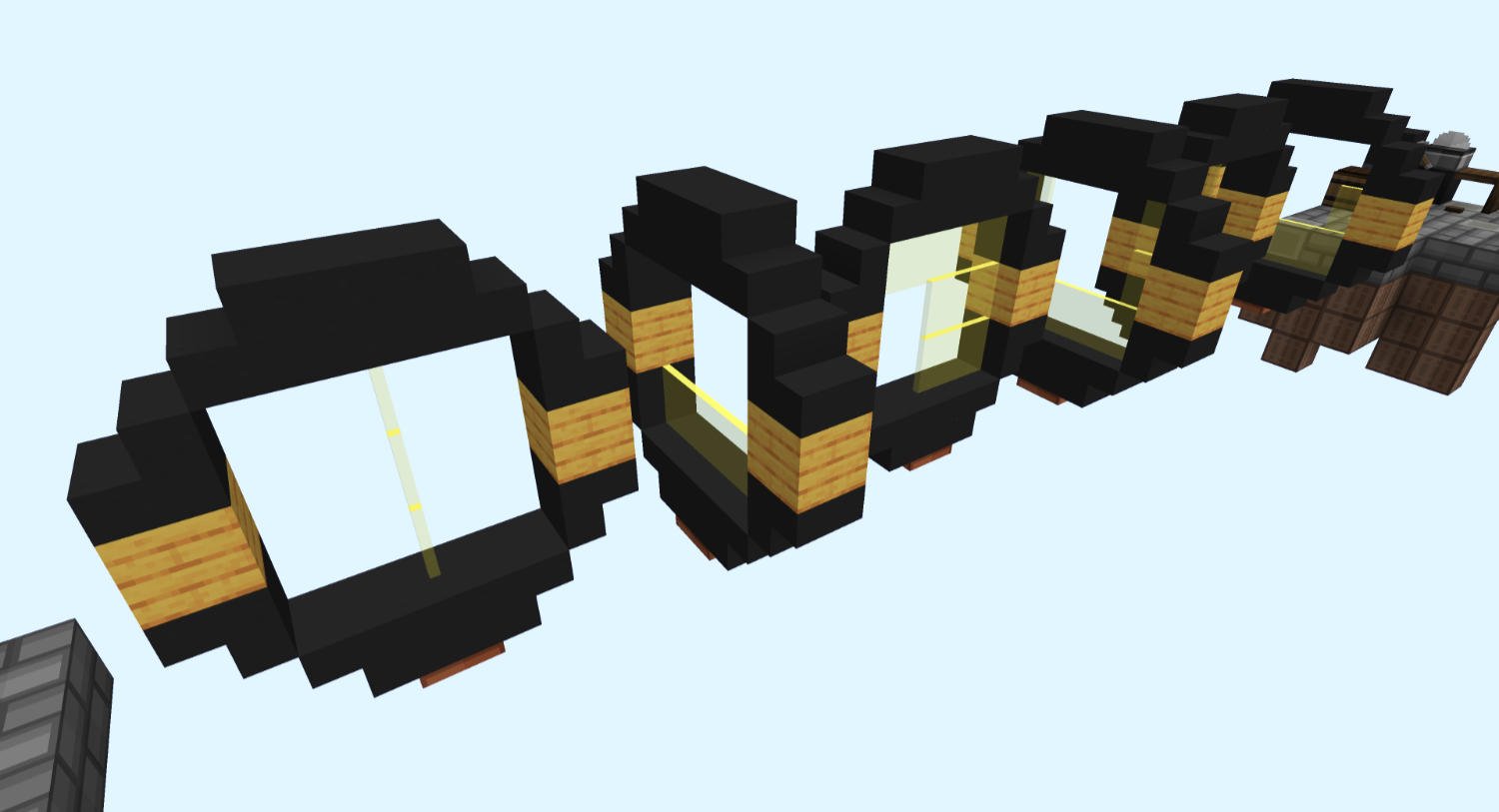 One shy of your favorite Ariana Grande hit; the six rings are one of the hardest parts of the course. Players need to ensure they don't get stuck inside the rings by bouncing from ring to ring rather than landing each time.

A rather straightforward part of the map; sprint across the platforms and make it to the next part of the course. This part of the parkour map is perfect for those that love speed parkour!

While this part may seem simple at first, players should be careful not to hit the forks further along the section. Swerve left to right while running to make it through this part as quickly as possible.

As in the name, jump between each platform while sneaking as you land. This part can be rather tricky; so players should be careful when jumping around the corners.

Ice is slippery and can cause players to speed up and even slide off the blocks. This section of the course requires players to jump from platform to platform; all covered in ice.

Ice Parkour Tip! Try to go slow on the ice and sprint as late as possible; crouching as you land for the best luck.

This is a fast part of the course which can players can get through quickly by using the wood as a sprinting platform. The glass can be used to land on if going too fast.

Simple yet a struggle! Jump early between each U to avoid hitting a block and falling. Players should use all the blocks available to gain momentum while going from side to side.

Small platforms with a height restriction set in place by the chains; this part of the course requires players to jump just after the chains in order to make it to the next one. However, if the jump is made too late; the player may fall into the void!

So close yet so far! The hardest had to saved for last of course. The three towers each contain a set of platforms which players should jump between and make their way to the finish!