Minecraft Parkour Servers: how to play, gameplay guides and the IP

See how to play the Minecraft parkour servers. Learn the gameplay mods, game modes, parkour maps, the server address and all the latest info.
Table of Contents

See how to play the Minecraft parkour servers. Learn the gameplay mods, game modes, parkour maps, the server address and all the latest info.

What Is Parkour In Minecraft?

Just like in real life, parkour involves making your way through obstacles and jumps to get to your destination. Minecraft parkour servers contain a wide variety of maps which you can play. They vary in difficulties so that every kind of player can find a map they enjoy. Minecraft makes parkour possible with actions such as sprinting and crouching, as well as blocks such as ladders can help to break your fall.

How To Join Parkour Minecraft Servers

Minecraft allows you to jump and different by speeds by either crouching, walking or sprinting. The default Minecraft movement controls are as follows:

When you start out on Parkour there's lots of different jumps to take on. 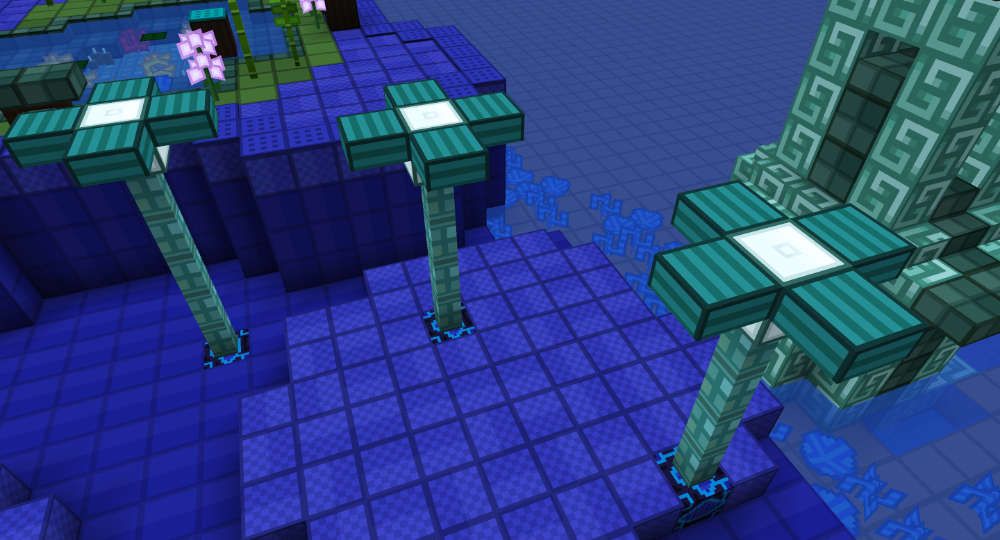 Traditional jumps involve sprinting from one platform to the next without stopping in order to avoid breaking momentum! Be sure to jump at the last point of the block in order to make it the furthest.

Wall jumps usually include stairs pointing around the edge of a block. It can help to use crouch by pressing shift on your keyboard and leaning over the edge; and then using that to jump up around the wall! 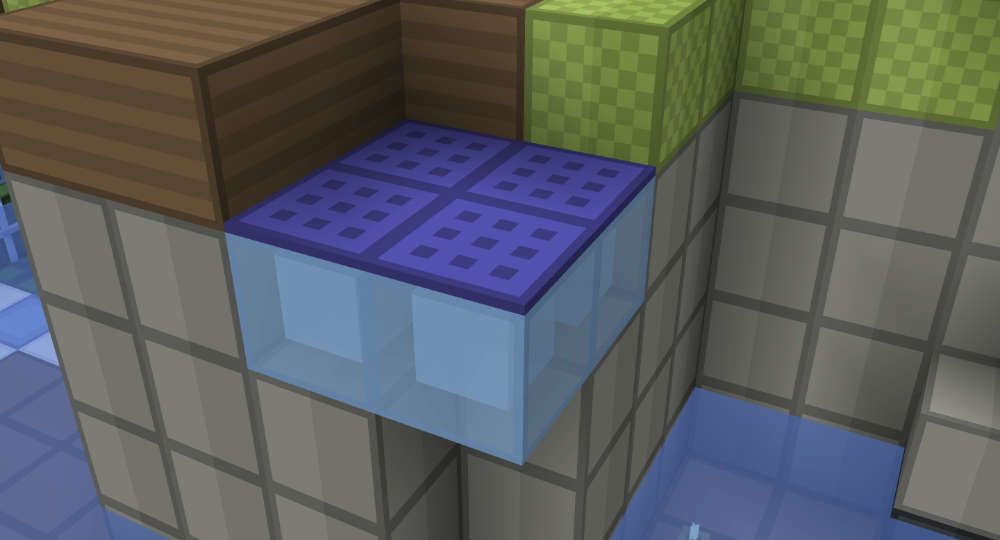 Slime jumps make for the perfect trampoline! When landing on a slime jump, avoid pressing the space bar or it will break your fall. When you land on the block, it will send you upwards like a trampoline in the direction of your choosing. The further the fall, the higher the boost!

While not used for jumping directly, scaffolding makes for a great way to get in between jumps on parkour. Simply walk up to the scaffolding and use the spacebar to begin scaling. Reach new parts of the map and continue your Parkour journey. 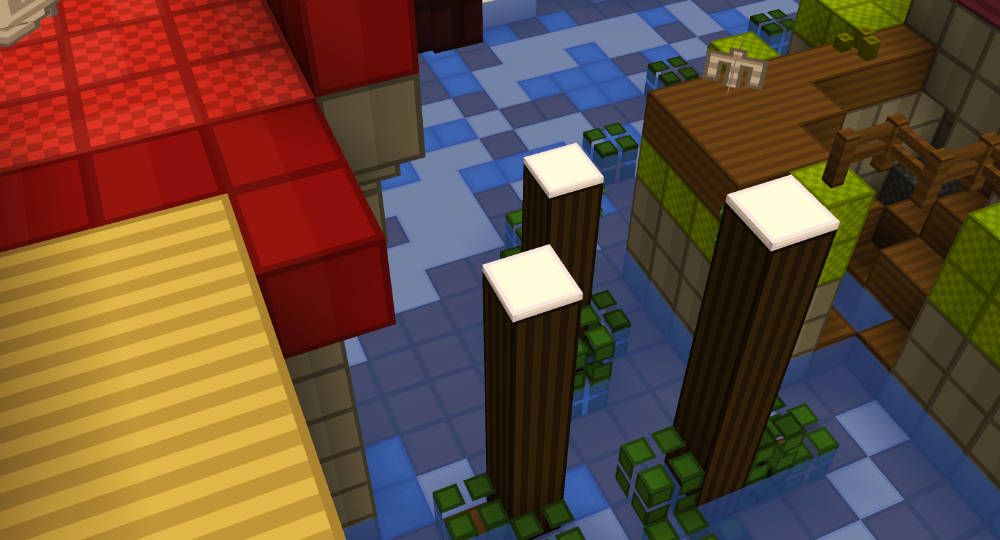 Diagonal jumps on parkour servers can be tricky! Once you have worked out the order of the jumps, try to line up your character so that it is straight with the next jump.

Use your ongoing momentum from each jump to keep going all the way through the course.

How To Play Minecraft Parkour Maps With Friends?

To play with friends, you need to join a multiplayer server. There are many to choose from, but they all have one thing in common: you can play with friends. Party up or simply go head-to-head on your chosen server. 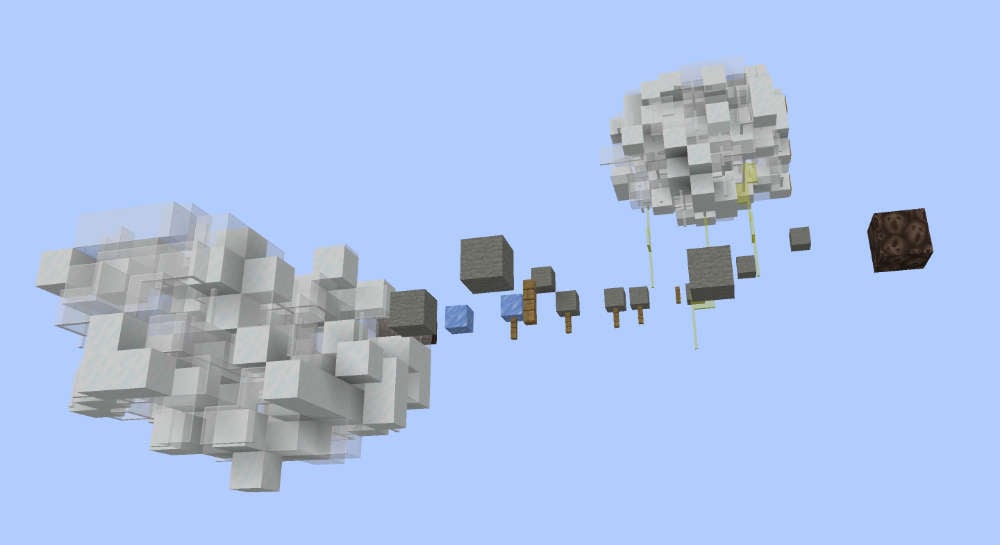 If you are looking for a Minecraft server dedicated purely to parkour; Good Parkour is a great option. There is regular updates to the game with new maps and events. Start playing now on mc.goodparkour.net.

Where To Do Minecraft Parkour?

Download maps from websites or head onto a multiplayer server to play for free. Singleplayer maps give you full control of the game, while multiplayer lets you meet other players and enjoy a wide range of features not available on singleplayer. There's thousands of maps and servers to choose from.

How To Join A Minecraft Parkour Server?

You need a Minecraft account to begin with. Open the game and head to the multiplayer menu. Add server and input the details of your chosen parkour server. Start playing once you've added the details.

How To Minecraft Parkour

How To Be Good At Minecraft Parkour 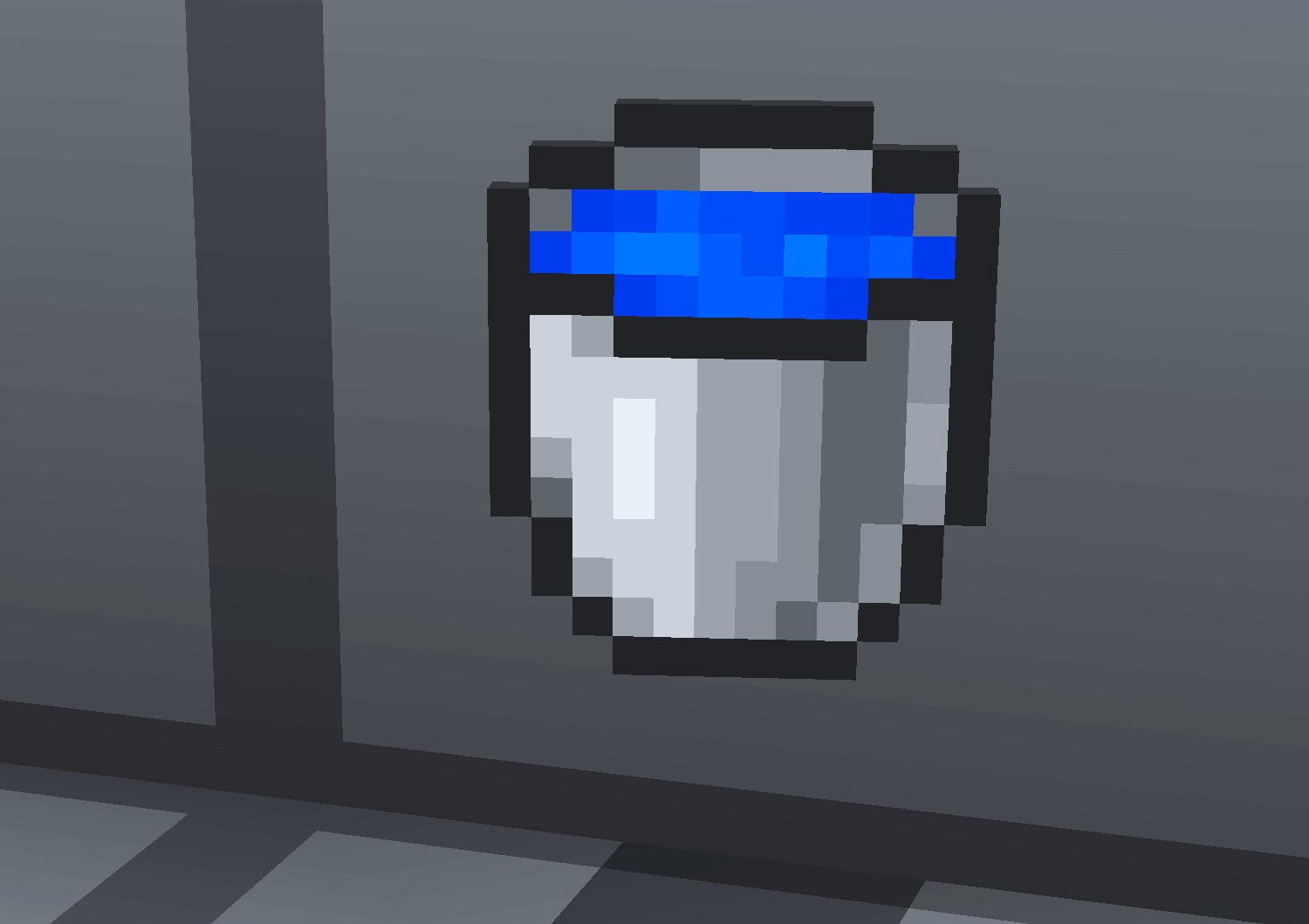 If you’re a Minecraft veteran, you’re no doubt familiar with the MLG water bucket strategy, but for those of you newer to the game, let us explain what it is.

The water bucket strategy is used to negate fall damage when falling from a great height and involves placing water on the ground right before you land. The timing is incredibly difficult to pull off, but if done right, will prevent you from taking any fall damage at all. You can jump from any height and be fine if you can pull this trick off.

This strategy is most useful at the End both during the Ender Dragon fight and when exploring End Cities, as you can easily get knocked into the air dangerously high. It's also useful if you're trying to get away from someone and want to jump off a cliff to lose them.

Block placing parkour is incredibly useful if you're getting chased by another player, as it helps throw them off and put some distance between the two of you. If you're not sure what this strategy entails, let us explain.

The basic idea is to sprint-jump and place blocks below you right as you’re about the hit the ground after each jump. If you do it right, the player chasing you will struggle to keep up as the blocks block their path and halt their progress.

Additionally, if you’re good enough, you can do the same kind of strategy against a flat wall to ascend and put both some height and distance between you and your pursuer. This method is a lot trickier and involves lining up against the wall so that you can place blocks on the wall right where you’re jumping. A similar technique is called block clutching, which we’ll talk about next. 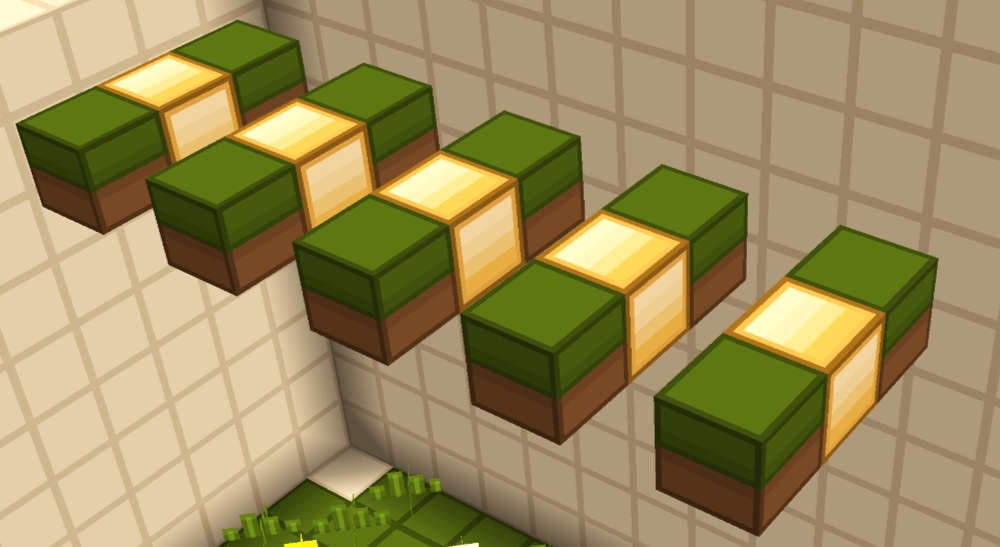 Block clutching is a technique whereby you place a block on the side of a wall when falling to stop yourself from falling to your death. It's typically done in PVP game modes like SkyWars and is sure to surprise your opponents if you can pull it off.

Block clutching requires super-fast reflexes because you'll typically only have a split second to react after being hit. With enough practice, you'll be able to pull it off flawlessly.

Normal block clutching doesn't negate fall damage, but usually it doesn't matter because you're not falling super far anyway. However, a similar technique can be performed with ladders, and if you land on the side of the ladder, you won't take any fall damage at all! This means you can fall from any distance and survive with the ladder technique. Just bear in mind that the faster you're falling, the harder it'll be to place the ladder at the right time.

Much like with water buckets, boats can be used to nullify fall damage when falling from a great height. This can be done in two ways, the second of which is the actual MLG strategy.

The first way involves simply sitting in the boat and riding it off a cliff, building, or whatever else. In Java Edition, you don’t take fall damage when hitting the ground whilst in a boat, making it super useful for dropping long distances safely, especially in the Nether where you can’t place water without it drying up.

The second method is for when you're in a hurry and is much more dangerous. It involves placing a boat right below you as you're close to hitting the ground and then entering it at the last split second. It's the boat equivalent of the MLG water bucket strategy, and if you can pull it off, you're definitely in at least the top 1% of Minecraft players.

It’s worth noting that there are a bunch of other blocks that can also be used to negate fall damage if placed at the exact right time. These include: 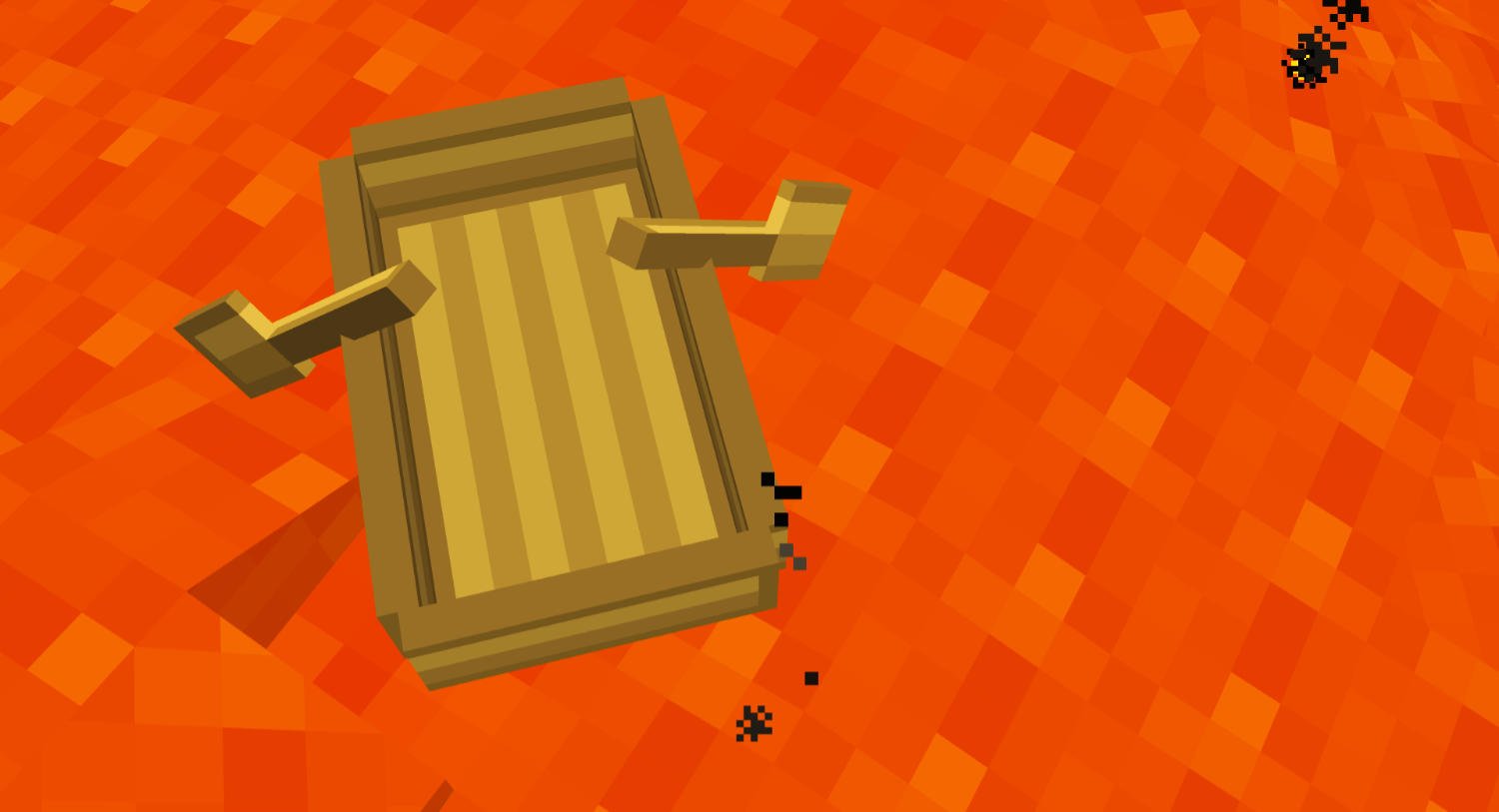 Since we’ve been talking about boats already, let’s go over another cool boat parkour trick that’s pretty cool. If you’re a fan of Dream, you may have already seen this, but if you haven’t, get ready to have your mind blown.

Boat lava jumps involve, well, using boats to jump over lava. Sounds pretty crazy, right? Well, when you place a boat on lava, you get a tiny amount of time in which you can stand on the boat and jump off of it. This strategy doesn’t work just once, either! You can chain boats together to cross large lava gaps in no time.

New and highly rated: mc.goodparkour.net. Enjoy all the best maps with no downloads required. Join other players online in a multiplayer Minecraft adventure. It is on the latest version of the Java Edition game.

Minecraft servers with parkour can be a lot of fun when played with mods (which do not give you an advantage 😏).

Does Hypixel Have Parkour?

As of Jan 2022, there is not a parkour gamemode on Hypixel. While there is some parkour available in the lobbies, there is no proper game mode.

Take a look at some of the multiplayer maps. Each course has a different theme which ranges in difficulty levels from easy to extremely hard. The server has a timer that counts how long it takes to complete the course; can you reach the top? 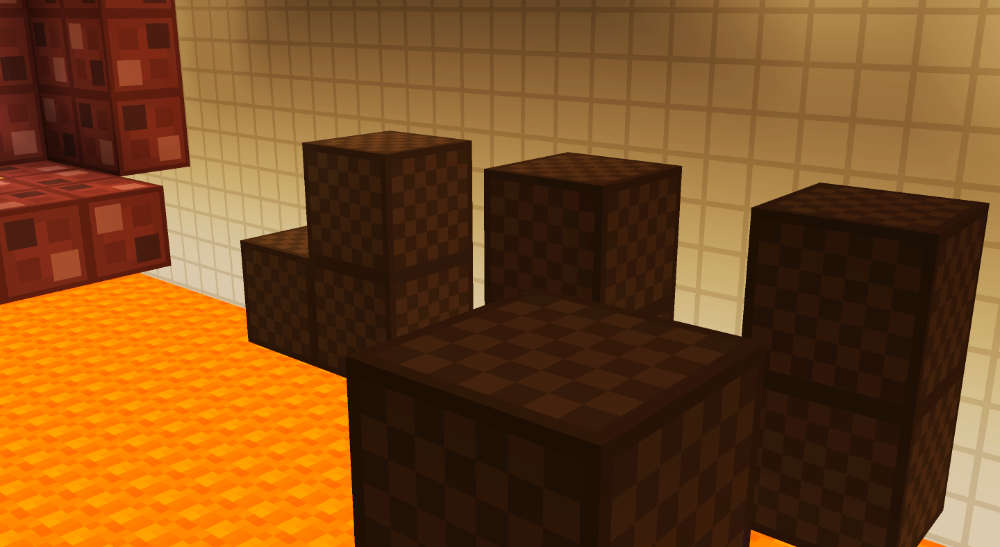 Grab your friends; it's time to party! Take to the pink skies and sprint through the party map. There's a large range of clouds to jump through including ladders, platforms, staircases and more.

Retro Parkour adds an 8-bit flair to the server! Work your way up the map without being eaten! We hope you're not scared of heights, as you'll sprint your way through platforms and characters until you reach the top.

Take on the giant featured in the Wanderer Parkour. Zig zag your way through time and ascend to the peak of the course. It is quite a fast-paced course, so practice your sprinting before trying this map.

Don't play this map while hungry! Can you spot all the sweets as you work your way through this map? Look out for the donuts, ice cream and more! This course is especially fun when played with friends; so why not team up and ascend together?

Inspired by the Minecraft 1.13 Aquatic update, this map takes you on a long journey full of sea life! This is one of the more difficulty maps on , full of all the different jumps mentioned in this article. Why not take a screenshot in front of the blue whale? 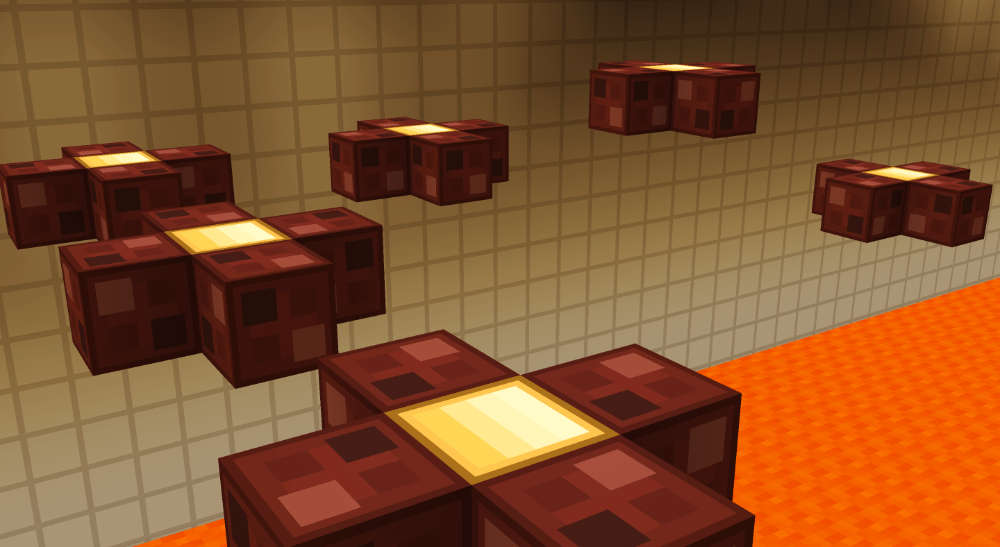 Simple but tough! The map starts out simple with platforms leading from ruined island to another. However, as you work your way past the abandoned building, the jumps get longer and more challenging. From diagonal cliffs jumps to roofs, this is a journey you will not forget!

If you've ever seen parkour in real life, it's all about action and adventure. In Minecraft, it is not much different! Fast paced courses, leaderboards and challenges are all part of the game. It is wildly different to many of the other mainstream gamemodes in the game.

Who Is The Best Minecraft Parkour Player In 2022?

What Minecraft Server Has Parkour?

The server IP address is mc.goodparkour.net and the name is Good Parkour. Join now on the latest version of Minecraft to start playing. It is a moderated game which is safe for all ages.