Created by ItsPungpond98, this map recreates the iconic game show in a wonderful winter Minecraft scene. Check it out and play on the minecraft servers with parkour.

Created by ItsPungpond98; Ja-Wipeout is a take on the gameshow total wipeout, set in the winter and turned into a Minecraft parkour servers course! Take on jumps rarely seen in any other type of map; made possible by smart Redstone mechanics. Can you beat the sweeper? 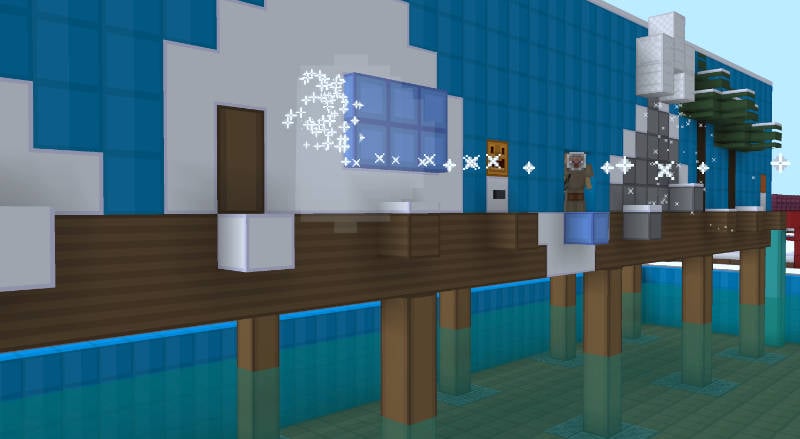 Rather than a mud pool like the show; take on a winter themed avalanche wall with a water pool. Sprint from one end to another, avoiding falling into the water. The platforms move on this parkour map and players must also avoid the avalanche. 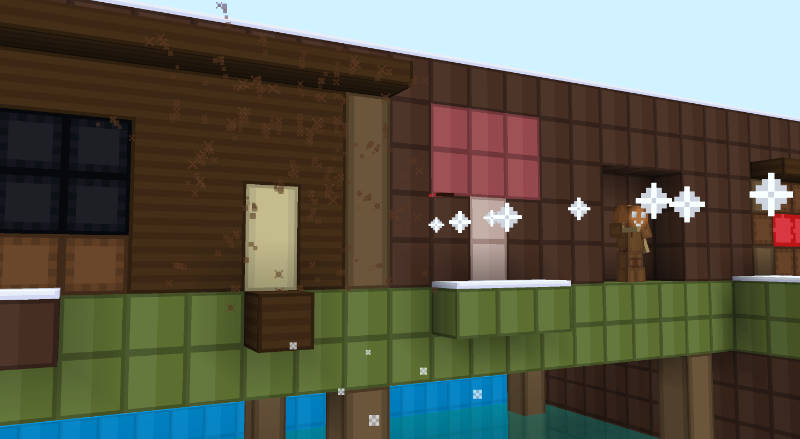 A unique theme just for this twist of the popular show, the gingerbread wall is similar in style to the avalanche wall. Work your way across by using the platforms which don't move to time your jumps. Try to avoid the gingerbread arrows being shot at the wall which can end up with you in the water and back at the beginning.

The most iconic scene from Total Wipeout; recreated in Minecraft by the talented map author. Just like in the game show, the slime blocks that make up the balls can throw you off in any direction. In our opinion this is the most fun part of the course. Sprint between each platform, while avoiding using the space key as it will break your fall. Can you make it to the end of the course or will you run out of momentum?

Perhaps one of the most famous parts of total wipeout, we all know how fun it would be to have a go yourself. The sweeper rotates around a 360 degree axis, so you must time your jumps to make it to the other side of the platform. It moves very quickly, so don't stop or you'll end up recreating a wipeout of your own. Fall into the pool below and you'll need to start again.

Play this map on the Good Parkour server today! The Server IP is mc.goodparkour.net 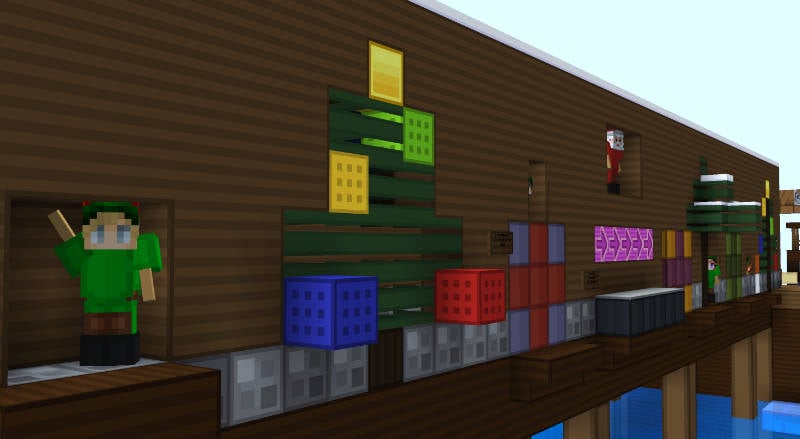 More complicated and a much further distance than the other walls that make up this course, Santa's sucker punch wall will get you thinking you are on the naughty list! Baubles from the engrained Christmas trees move in and out of the wall, so time your jumps and don't get caught out. Get hit with the sucker punch and you'll be down in the water. This is perhaps one of the harder parts of the course; so try not to smash your keyboard or your nearby uk salt lamp. 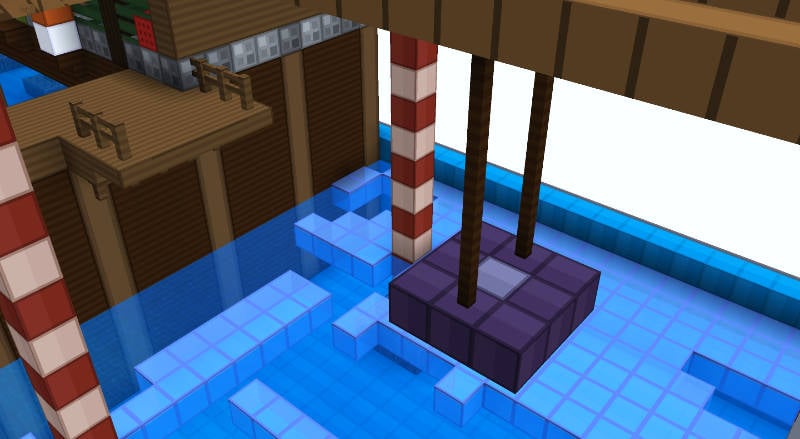 Ever seen a moving travelator on Minecraft parkour maps before? Me neither before this map popped up! This is more about timing than anything else; so try to move with the platform in order to reach the other side.

The final part of the map is so hard, there's a disclaimer that the jump is actually possible. So, this is where you get rid of anything within 3 metres of your computer. Sprint and jump through the tunnel in order to gain maximum speed and time your jump as later as possible in order to make it to the platform at the end of the tunnel. Reach the end and do some star jumps for the cameras like on the game show! Come and try this map along with other mini games on our minecraft server with parkour today. Subscribe to the creator on YouTube and look forward to more maps in the future!